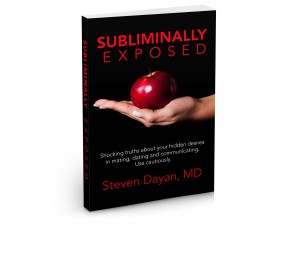 This week I attended an intimate luncheon with Chicago-based plastic surgeon Dr. Steven Dayan at the Ritz Carlton. The topic of conversation — beauty. Specifically, he shared details from his new book Subliminally Exposed, which has already become a New York Times Bestseller.

Some of what he talked about was funny and interesting, but many truths about how our psyche works when it comes to this subject aren’t so pretty.

When I asked why he wrote this in the first place he said that having treated over 40,000 women, he started to recognize that the desire to alter one’s appearance didn’t stem from simply wanting to look better, but rather, wanting to feel better. This realization led to 4 1/2 years of research on this topic that ultimately turned into his book.

We covered everything from plastic surgery to penis size! Some of the study results were eye-opening. Here are some of my biggest takeaways.

1. If you think you’re beautiful you’ll make about 75 cents on the dollar more than the woman who doesn’t believe she’s beautiful. It’s all about self confidence.

3. When asked, most women say size doesn’t matter. However, they’re lying. When asked to choose which man in a photo they are most attracted to, they chose the man who was 33% “bigger” than average.

4. The first place men’s eyes go when looking at a woman is the waist. This surprised me but the reason is because it shows a sign of fertility. A waist that is 30% smaller than the hips is considered to be the ideal ratio that signals fertility.

5. No matter our race, ethnicity, culture, etc., the one thing all people want is validation.

6. One of the biggest fears of getting plastic surgery? Looking plastic. Dayan admits that’s where the field went wrong. He believes there are good surgeons doing bad plastic surgery because doctors were trained incorrectly. Fortunately, advancements are being made and more less-invasive options are available.

Are you surprised by any of these findings? 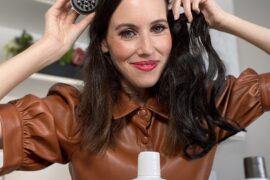 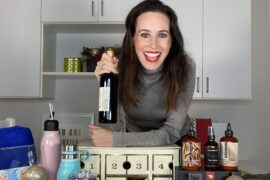