If you’ve tuned into The Bachelorette all these years, you’ve probably wondered about the same things I have. Like, how does the Bachelorette remember all those guy’s names? How does she pack for the show? Does she do her own hair and makeup?

As Emily Maynard’s final rose ceremony approaches, I wanted to get the answers, so I went straight to the source — former Bachelorette Ali Fedotowsky.

As the new host of LXTV TV’s 1st Look, she’s moved past that time in her life, except she still tosses around the word “amazing” like it’s a $1 bill, and has no reservations revealing what goes on behind the scenes. Most of all, I appreciated how the now single Ali  (she and ex-fiancé Roberto broke up last November) was so open, not affected and fun to talk to. I’d be her wing woman any day.

TBG: How did you remember the names of all the guys during the rose ceremonies and group dates?

ALI: For the rose ceremony, we’d announce five names at a time. Then I’d leave, production would re-set the lighting, and I’d say the next five names. Then everything would be edited together.

For group dates, like the first group date when there were 12 guys, I didn’t always remember the names. If I had to, I’d pull aside the main producer Cassie when it wasn’t obvious and ask.

Note: If you’re a regular watcher, Cassie was shown on a recent episode of the current season because there was a little drama when Emily found out that Arie, who’s in her final 3, had dated Cassie for a quick second years ago.

TBG: Did you do your own hair and makeup during filming?

ALI: Yes. Chris Harrison has hair and makeup but the bacheloerette doesn’t. However, if you want help for the rose ceremony, his makeup and hair person will help. I got my hair done for the final rose ceremony but day to day, I did it myself.

ALI: I’m obsessed with wearing my hair up. When I signed up to do the show they wanted me to wear my hair down, and I said no. They asked if I’d ever wear my hair down if they gave me extensions. I never dreampt of getting them before, but if I could get them for free, I figured why not do it. Looking back, they ended up looking ridiculous. I had too many. My hair was straight-up yellow. I had long, fake extensions.

TBG: Did the guys pick up on the extensions? Like, did any of them try to run their fingers through your hair and notice them?

ALI: Surprisingly, no. The guys had no idea. Except, Kirk, who was the 4th runner up. We were in a car once, and I talked to him about them. Then he said he was wondering what was in my hair. He thought they were sticks! How funny. Nowadays, I’ll sometimes wear clip-in extensions but that’s it.

TBG: How did you decide what you were going to wear? Did the show give you a wardrobe?

ALI: At the beginning of the season, the show has a stylist that you work with. In fact, it’s Joan River’s stylist! You spend the day trying on clothes, and the stylist puts outfits together for you. Back then I didn’t know much about fashion and beauty, and I would re-work the outfits for myself. For example, I would wear Converse with an outfit instead of the heels the stylist picked out. I wish I listened to the expert.

TBG: And what about your nails? I always see the Bachelorettes wearing different nail polishes and her nails are always in pristine condition. Did you get manis on set?

ALI: No. We traveled to all different places, so I’d find nail salons at different airports and get manicures with the producer Cassie.

ALI: Bronze skin and fresh, natural makeup. I’ve learned a lot about makeup since the show. Before, I had no idea what contouring was or what it meant to fill in my brows. Now I ask a million questions when I get my makeup done for events and shoots, so I’ve learned a lot. My biggest things now are contouring and highlighting. I highlight lightly down the strip of my nose with my fingertip, and I create an upside down triangle between my eyes. I swear it makes me look better in photos and in general. I’m obsessed with self tanner so I look tan, and I only use this organic formula called Lavish Tan because it gives me a nice brown color without streaks. Even though I don’t wear a lot of makeup, it can wear off. For days when I’m on seven-hour shoots, mostly outdoors, for 1st Look I apply Model in a Bottle makeup setter. I heard about it from my friend who’s a model. It stays all day. It’s amazing!

Note: Ali is a curator for OpenSky and includes her favorite beauty products in a video here.

TBG: Love that you said “amazing!” Speaking of your new hosting gig, you seem to have transitioned to being in front of the camera with ease.

ALI: In this job I just have to be myself. I feel super greatful. It’s amazing. I’m having a much more amazing time doing this than I did on The Bachelorette.

Note: Ali just said “amazing” to me two times in the same breath!

TBG: Would you go on Bachelor Pad?

ALI: I made some great friends from the show but Bachelor Pad is not for me.

TBG: Do you keep in touch with the guys from your season?

ALI: I talk to a couple of the guys through text or facebook.

TBG: Are you dating anyone now?

ALI: No. I don’t really care if I date right now. For the first time I’m not going out and looking for cute guys. I go out and just want to have fun with my friends and make new friends. I hope every girl gets a chance to experience how empowering it is to not need to find someone.

TBG: So now that you’re not going out and looking, are all the guys flocking to you?

ALI: Actually, yes. A lot more guys are coming up to me now. When you put it out there that you’re confident, more stuff comes to you.

P.S. Shortly after my interview with Ali, rumors started swirling that her ex fiancé Roberto is going to be the next Bachelor. Do you think he’ll make a good bachelor? Would it bother you if your ex ended up as the next bachelor? 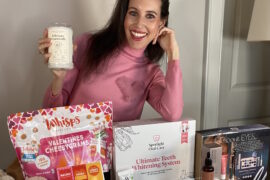 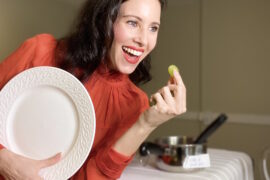 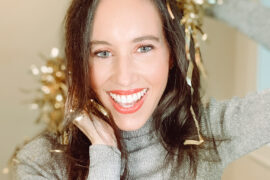